In our fireside chats we’ll introduce you to GLINT’s partners and Berlin’s local personalities. In the first edition, you’ll get to know art curator and cultural figure, Rüdiger Lange. He has been working in collaboration with the director from COPRO’s GLINT project and is also the founder of the “loop – a space for contemporary art”. A focus of his work is the use of real estate for temporary art and cultural projects. At GLINT, Rüdiger Lange has staged an acclaimed exhibition on the theme of light – all part of his “Standard International” series. 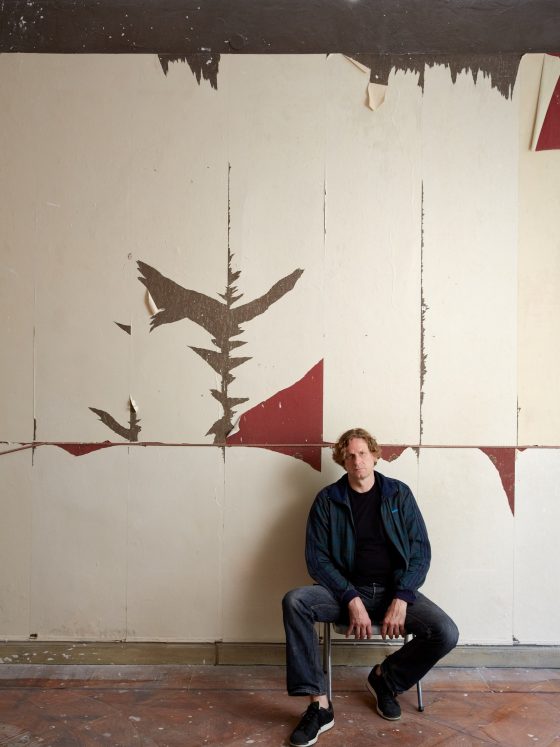 How did your collaboration with COPRO and GLINT in Berlin come about?

I have worked with COPRO’s CEO, Marc F. Kimmich for over 20 years. We initially met at his first real estate development project at the Edison Höfe in Berlin. During this time, we created a comprehensive outline for the temporary use of the Höfe as a cultural space. We established exhibition areas, studio spaces, held music events and even opened a club. The location became a melting pot for creative types and a great dynamic developed. This project demonstrates that real estate and cultural activity can combine to create a successful duo.

We were pioneers with this approach. What made Berlin special then was the incredible availability of spaces for artistic use. They cost very little or were sometimes even free. After the fall of the Berlin Wall, many so-called state buildings were no longer maintained by the government and suddenly stood empty. These spaces were quickly adopted by artists and creatives. With this, a lively scene of fashion, art, music and various projects emerged in a short time. The artists produced and presented work in these buildings, as well as sometimes lived there too. It had a magnetic atmosphere. Suddenly, international artists came to Berlin too, because word had spread that this was an exciting city with lots of free space. This combination was the starting point for the creative Berlin of the last 30 years.

Since then you have held various other exhibitions in Berlin with COPRO. In addition to the GLINT, the former Geisberg post office in Berlin Schöneberg and the B-Part Am Gleisdreieck are just two of these locations. How does creating a dialogue between historical spaces, art and visitors work in practice?

As a curator, when I look at a subject, it is important to me to discover what it’s comprised of: How does the art connect with the architecture? How does the relationship between function and aesthetics work? The Geisberg, for example, was a Schöneberg post office from the 1920s. That was interesting for me, because at that time people began to prioritise form over function. Although there were still expressionist approaches and a kind of design language, there was also already the austerity and clarity of modernism. The large main hall with its expressionist ceiling painting is evidence of this mix. Previously, the postman stood opposite the visitor in a separate stall – quite inaccessible. Now the customer suddenly found themselves in a wide, modern hall. That was a very innovative interior design concept for that time.

It was important to me that the art functions in the space with autonomy. So, I didn’t encourage the artists to get too involved in the building and its history. My goal was rather that the space, art and architecture act as independent units in a balanced dialogue.

In this way, a historical aspect is brought into the present in the eyes of the visitor. The space’s heritage merges with a modern language. In a way, I subtly anticipate the process of renovation. This is precisely where the mediating role of art and culture begins. Through the exhibition, the building was once again open to the public and this aspect of change could be experienced by the visitors. I would like to introduce people to such special places and gently point out the coming change to them. This is the intention of my work as a curator.

In GLINT you have created the exhibition “#4 Spatial Clearings”. What makes this building and this project so special for you?

For me, GLINT was a time machine – as I walked through the house, small details such as ceiling stucco, ornaments or remains of wallpaper from the Imperial and Wilhelminian eras transported me through world wars to the time after the fall of the Berlin Wall and the upcoming renovation. The building stood empty for over 15 years and after the fall of the Wall it was never extensively renovated. COPRO bought it in 2015. I knew it, of course, because I had my gallery nearby. The Wilhelminian complex found itself in a deep sleep, especially the smells and the typical materials of the GDR era – everything was like after the fall of the Berlin Wall. A good example for the Wilhelminian Era is the backyard: it was completely untouched, without any graffiti. That’s why, for example, various films were produced there when productions needed a historic building in Berlin: Berlin Babylon, Germany 86, Wendezeit and many others. The courtyard was the perfect backdrop, you didn’t have to change much.

With the exhibition, I created a project about light as a sculptural material. I wanted to present how light is created, how it becomes visible. The building was perfectly suited for this. One work was exhibited per room. The rooms were partly renovated before, but the historical dimensions and atmosphere were preserved. Thus, the visitors did not only encounter the exhibited art – instead, it was always an equal dialogue between object and space. All architectural aspects were thus presented as part of the exhibition and, in combination with the exhibits, it became a complete work of art. If the autonomy of the space is maintained and then you add objects, a contemporary discourse is created.

The exhibitions also had a social quality: Countless visitors came through the building. Some of them were people who had once lived there or knew it from their younger years. Once a lady came by with her husband to show him the building, in which her grandmother used to live. The two were quite surprised that the doors to GLINT were open. So we started talking and I led her to her grandmother’s former apartment. The lady remembered everything and discovered wallpaper leftovers from the 70s. She could bring her memories back to life. Such moments are something very special to me. This is also felt by other visitors.

Through the artistic phase of opening and exhibitions, it is possible to actively engage with what was, what is and what should become.

Where do you see your greatest challenge as a curator?

I’ve always seen myself as a seismograph. As someone who observes what happens, who is in exchange with artistic ideas, and observes which topics the stagings and visitors of the exhibitions engage.

As a curator, I shouldn’t follow my own personal taste. I need to develop a representative view that picks up on the approaches and thoughts of many people. Above all, the challenge is about recognizing the spirit of the times.

It’s about showing how a society changes. This concerns, for example, the influences of the digital on the private and the professional. But the environmental situation, mobility, digitalization and sustainability are also issues that affect us all. I am looking for artistic projects that address precisely these social questions and give new, constructive impulses. That’s what my exhibitions at B-Part Am Gleisdreieck, an innovative laboratory for the city of the future at Gleisdreieck in Berlin, are all about. Here we develop visions for the urban aspect of the future, based on the three core themes of work, mobility, sport & health, art & culture and social awareness. For my work, dealing with such topics is fresh and exciting. 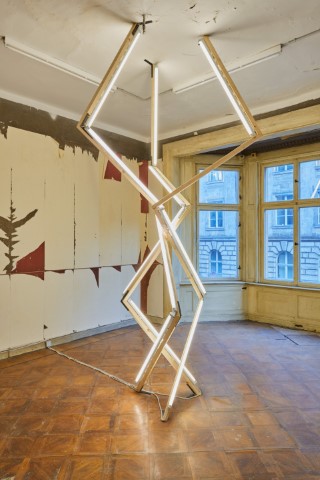 What do you think constitutes the art scene in Berlin? What hopes and dreams do you have for the future?

In the past, there was a vacuum in the east of the city, which could only be filled by us creative people and people engaged in the cultural sector. In the time when the spaces were still unassigned, they were freely accessible to club culture, fashion, design, art and galleries, for example. Everything grew out of the subcultures, so no plans for urban development were necessary. The urban developers only looked later at what was created there. It is precisely this open space that has made Berlin so special and internationally famous. However, a lot has changed in recent years. Studios are too expensive and no longer so easy to find, while the production spaces for artists is unstable. Even commercial galleries struggle to survive economically. This is what makes art in Berlin so difficult.

But I’m still optimistic. Positive rethinking is taking place in terms of artistic production and the understanding of what it is needed for. More and more decision-makers are realising that a city like Berlin, which attracts many artists, can only benefit in value and attractiveness as a result. This is why it is so important for the city of the future to incorporate the artistic – both thinking and approach – into its planning. Therefore, I try to create a foundation and framework with my own work. My wish is that funding programs be established so that studio spaces and project spaces for artists are preserved. Under the current circumstances, it would be ideal, of course, to provide additional support. If innovative approaches are increasingly implemented by the city administration and the real estate industry in the future, Berlin will continue to have a voice.

Mr. Lange, thank you for the interesting discussion.